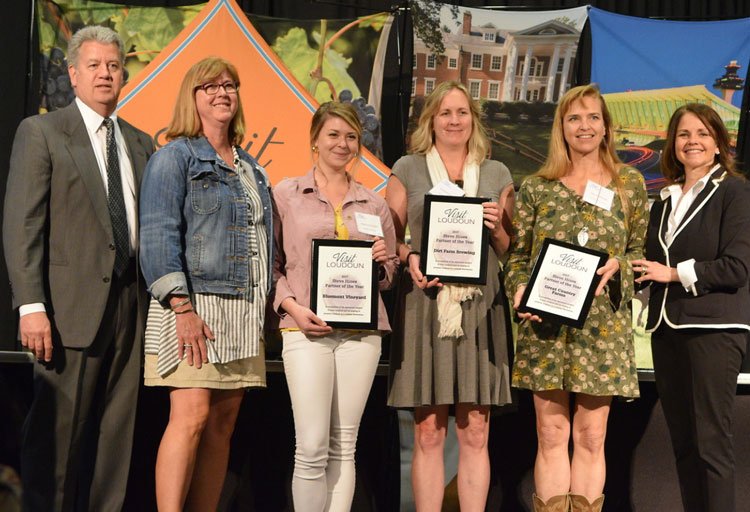 This year’s event was attended by a record crowd of 300 and netted commitments for more than $5,000 to support scholarships to nurture promising hospitality talent. The program also drew a record number of nominations for awards that recognize those who push innovation and growth of the tourism industry, as well as those who serve on the front lines and provide lasting first-impressions of Loudoun during interaction with visitors.

Fueled by the continued popularity of its wineries and its growing craft brewing scene, Loudoun ranks only behind Arlington and Fairfax counties for domestic tourism spending in Virginia. Tourism supports more than 17,000 local jobs and generates more than $663 million in wages.

Betsy Davis, who is stepping down next month after serving 20 years as Middleburg Town Council member and mayor, was presented with the Judy Patterson Tourism Award, the county’s top prize presented to those demonstrating a long-term commitment to supporting programs that bring visitors to Loudoun.

For the full version of the article >

And as seen in the Loudoun Times: Visit Loudoun Honors county’s tourism ambassadors

← Mother’s Day at Dirt FarmIndependence Day at the Farm →

This site uses Akismet to reduce spam. Learn how your comment data is processed.